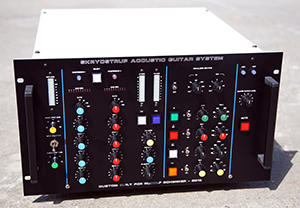 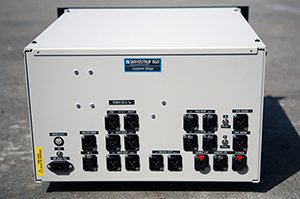 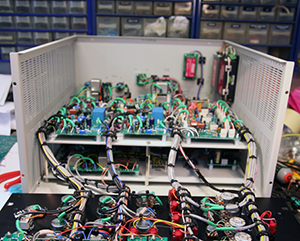 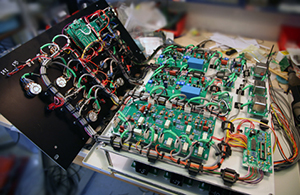 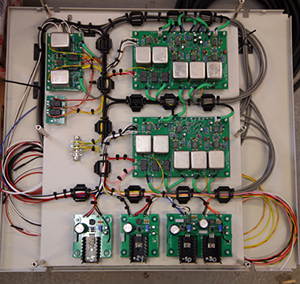 This is what we think the ultimate Acoustic Guitar System should look like.
It is with great pride we introduce you to the AGS PRO.

The AGS PRO has the following features:

The rear side offers any connection you could wish for.

The F.O.H has its own section.

The compressor inside the AGS PRO is modelled after the acclaimed Urei 1176LN.
A compressor that has been (and still is) one of the most valued studio compressors of all times.
We have modified the Attack time to fit the guitar, so now the maximum attack time is 10ms.

The AGS PRO was originally developed by the request of Scorpions.
They wanted to have the ultimate acoustic guitar sound for their upcoming MTV Unplugged Tour in 2014.

After months of research and testing various prototypes, I presented Scorpions with the AGS PRO.
This became the main tool for both Matthias Jabs and Rudolf Schenker – and also Mikael Nord Andersson – during the MTV Unplugged Tour.
In fact – every guitar player on stage used either the AGS PRO or ACP.

Read the cover story from Gitarre & Bass in 2014 below. 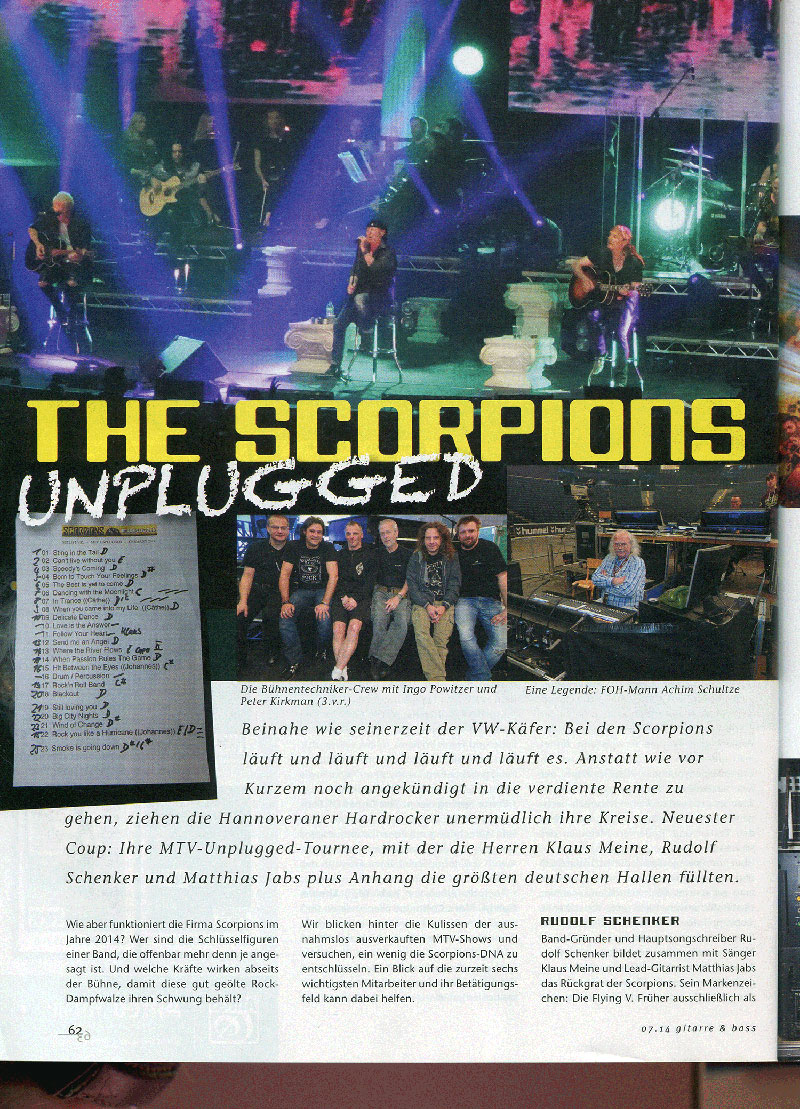 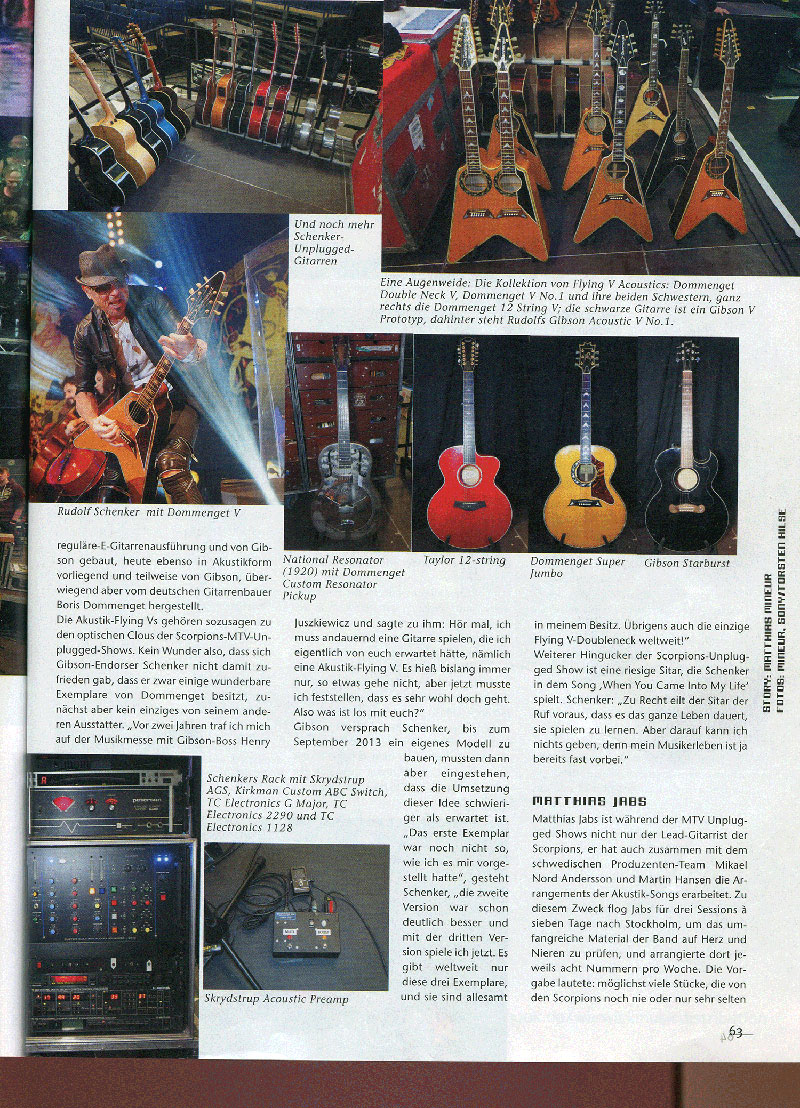 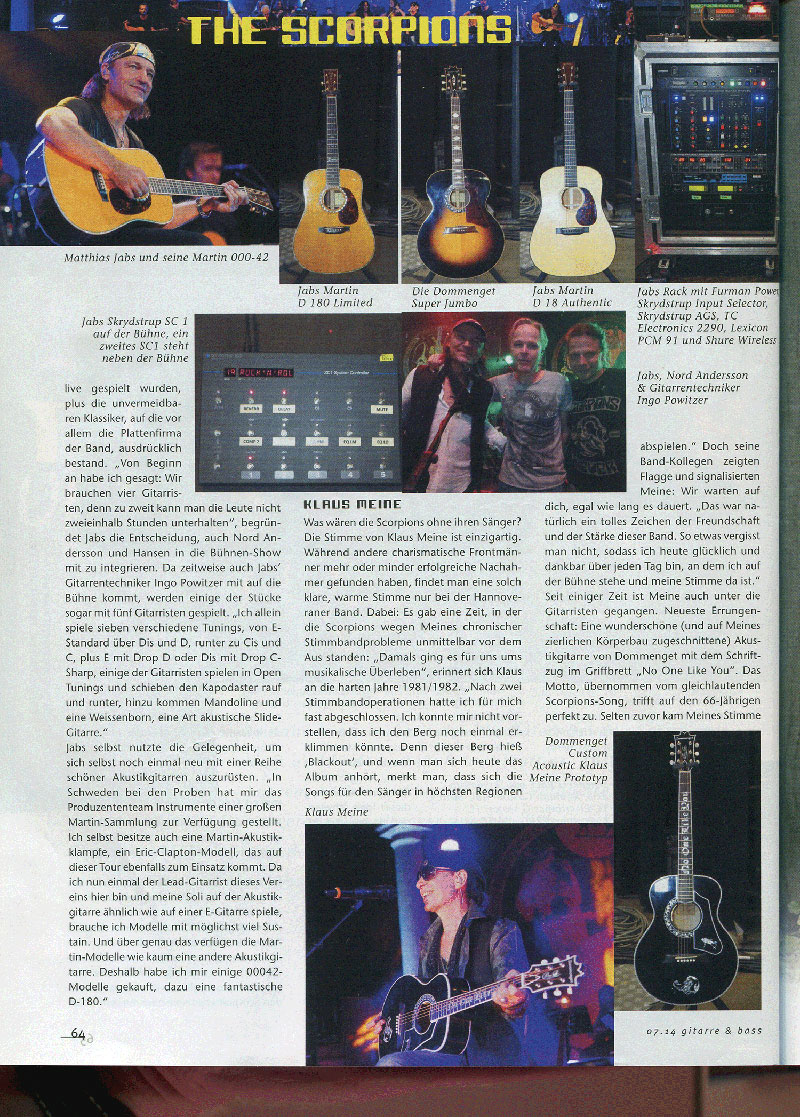 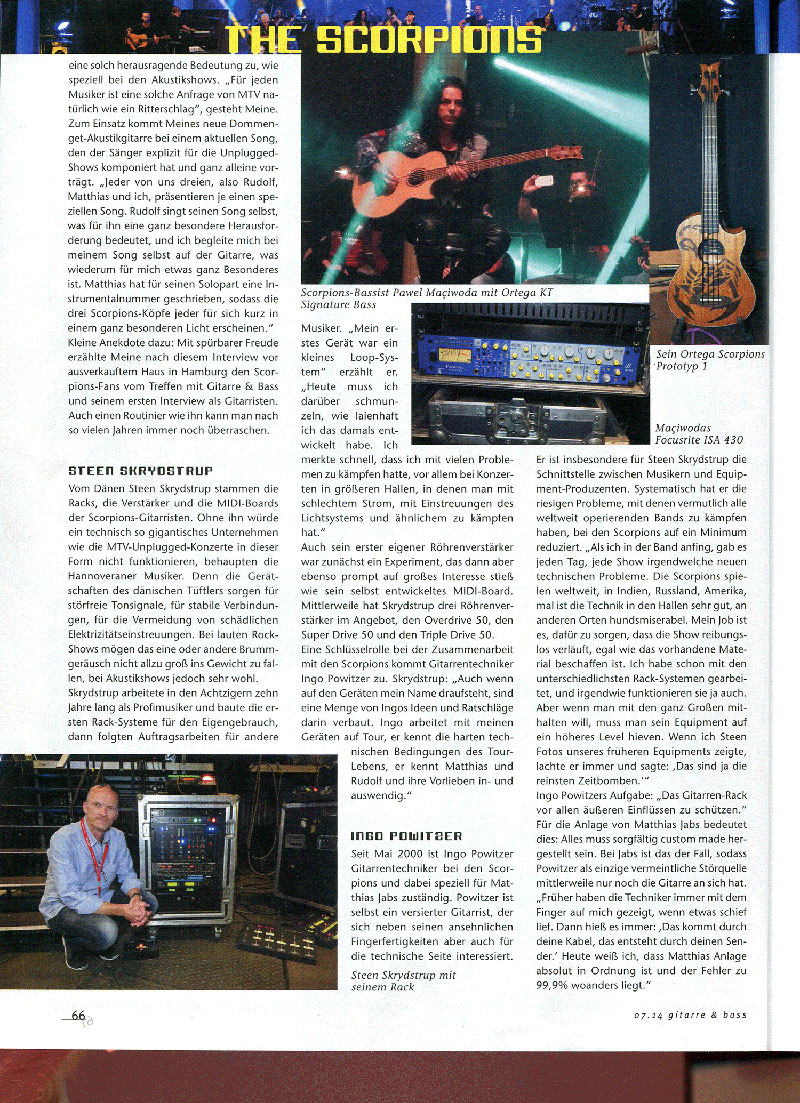 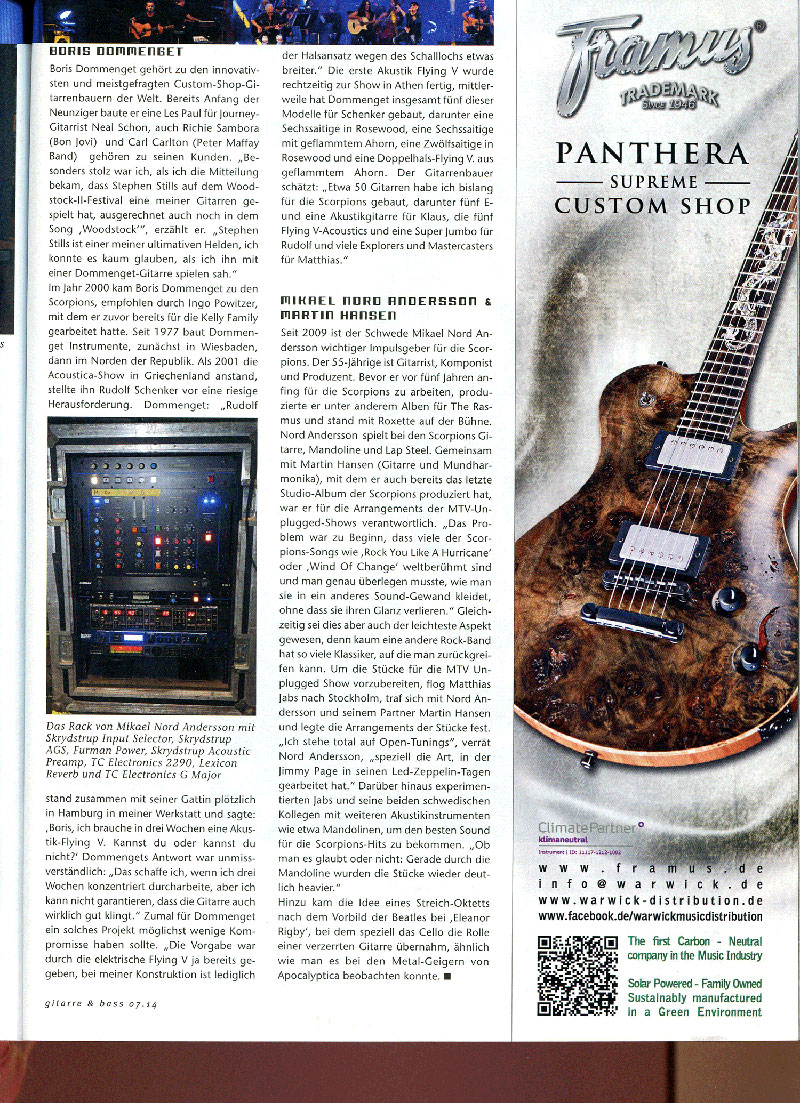